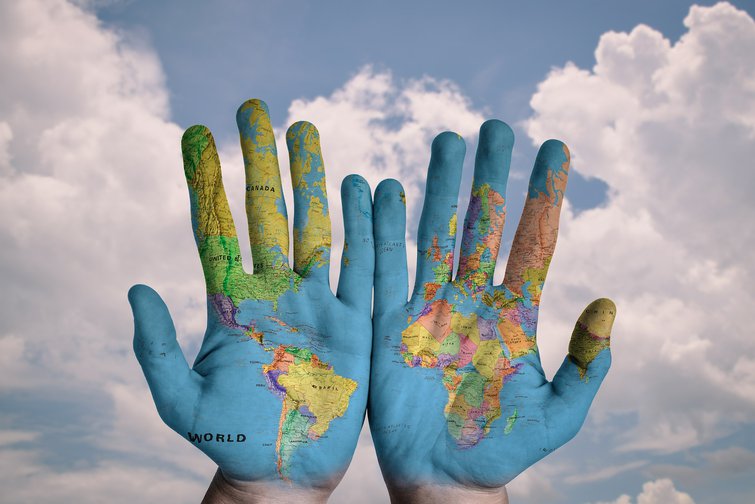 Why paint inner development as a barrier to better systems? Amid crisis and complexity we need both.

I was annoyed by Ronald Purser’s article in the Guardian recently which I think gave a rather contracted view of mindfulness and the benefits people take away from the MBSR course. Among other things he points out that poorly qualified teachers do more harm than good, which I wholeheartedly agree with, but he also suggests that participants are not encouraged to see more clearly their authentic self and what’s worth fighting for to make life better for us all.

This isn’t my experience of teaching and practicing mindfulness so it was a great relief to read the following article by Jamie Bristow, Director of The Mindfulness Initiative. It has inspired me to develop a retreat or short course to focus mindfulness practice on knowing more clearly what we feel strongly about in these uncertain and challenging times, and more importantly, to know what we can actually get involved with. It’s no good feeling fired up about everything and winging about it to anyone who’ll listen, we have to be realistic and focus our energy carefully and mindfully. If this course interests you let me know and I’ll be in touch when things are finalised.

I hope you enjoy Jamie’s article too.

I was working for the climate change campaign 10:10 around the time that NGOs in the environmental field were abandoning the “information deficit hypothesis” – the idea that giving people enough facts about the worsening ecological crisis would elicit action. Reflecting on what had driven my own shift from a career in advertising to full-time dedication to this cause, I felt sure that the greater stillness and sensitivity I’d developed through mindfulness practice had been instrumental in allowing the data I’d heard many times before to ‘land’ very differently. Faced with the confusion that existed in the climate movement at the time, I left to focus on sharing trainable qualities of awareness like mindfulness, and investigating the ways in which they shape our behaviour, and therefore, our world.

Like many evangelists before me, however, I had a very naive theory of change. I confess, back in 2010 I thought that people simply needed to meditate for socially-conscious behaviour to follow. In his recent critique, Ron Purser admonishes the mindfulness teaching community for assuming that ethical behaviour naturally arises from personal practice, inhibiting the radical action required to address the systemic causes of distress. The qualities of mindful awareness – open, empathic and caring – are not ethically neutral, and there is some evidence that they influence consumption and sustainable and prosocial behaviour, but it’s far from certain that developing an internal climate of friendliness will lead to collective action or resistance.

It’s also true that the route mindfulness training has taken into mainstream culture – via clinical settings and academic studies that measure individual pathology much more easily than social good – has produced a tendency to frame distress and the benefits of mindfulness within a bio-medical paradigm. This likely limits the range of options that participants consider when using the greater sensitivity and discernment that come through practice to make changes in their lives. Mindfulness courses already explore the implications of practice in relational contexts, and as a result of these conversations they continue to evolve in ways that include wider questions about society and the environment. A recent Transformation article by the founders of the Mindfulness and Social Change Network details some of the ways in which this is already happening.

Recent years have shown us however, that people are deeply divided in their conceptions of the good society and how to get there. This makes it tricky to deliver training programmes with a fixed or singular vision of social change. After all, how might it feel if your government rolled-out a new psychological programme that explicitly nudged participants towards a stance opposite to your own on some sensitive issue?

In his paper on mindfulness, public health ethics researcher Andreas T. Schmidt reminds us that in a liberal democracy, personally transformative interventions “should not aim to promote particular conceptions of the good.” Instead, they must support us to “pursue [our own] conceptions of the good – more or less – whatever those conceptions are,” unless there is consensus that other values take precedence over neutrality (like promoting non-smoking, for example).

What is considered ‘neutral’ or ‘common-sense’ by the majority does of course change, and there is strong reason to hope that mindfulness facilitates the kind of collective sense-making that’s required to steer this shift in a positive direction. But even if mindfulness courses were more explicit in how they equipped and supported people to ask big questions about themselves and their place in the world, they can’t supply all the answers.

The vast majority of those working in the mindfulness training sector, at least in Europe, already have a bigger vision than helping participants to ‘de-stress.’ Many have been discussing a shift from ‘me’ to ‘we’ for years, but the need for neutrality makes that evolution a more complex process, whilst exposing mindfulness to criticism from those who would take a more strident approach to embedding a particular agenda of social change.

In addition, while Purser’s critique helpfully reminds us that individual wellbeing is entangled with culture and social structures, it casts systemic change in an ‘either/or’ relationship with positive psychology and therapeutic approaches to distress. At this crisis point where 20th Century solutions no longer serve us, we can’t afford false binaries like this. Now is the time for ‘both/and’ thinking that can hold systemic and psychological lenses in creative tension with one another.

The profound entanglement of individual and collective forces entails, not only that structural conditions shape our personal motivations, but also that personal development is required for cultural development towards a more emotionally-intelligent, compassionate and just society. Any hope of generating effective, appropriate and collective responses to the radical interconnectivity of life with all its volatile, uncertain, complex and ambiguous implications, requires that we grow up.

Growing up doesn’t stop at the age of 18. We develop continuously, and certain conditions and behaviours can accelerate, slow or limit that process. Attempts to map and measure how adults develop psychological maturity and complexity show that those at later ‘stages’ are, for example, more able to hold nuance, synthesise ideas, interrogate their values and understand themselves. The more that people are helped to heal widespread barriers to growth such as inter-generational trauma, and the more support that is given to them to learn from life’s trials, the better equipped we will be to meet the challenges we face.

This is vital if we are to resist polarising political rhetoric and manipulation, and ensure that any action we take is likely to be effective. If we haven’t matured to the point where we can acknowledge the influence of our unconscious human drives, emotions and mechanisms of self-deceit, then our attempts to help others or solve problems can be radically counter-productive. Inner actions might be invisible, but they are nonetheless real actions with real effects. Neglecting this arena has consequences that are every bit as serious as neglecting to organise, protest and campaign.

Although there is undoubtedly scope to make mindfulness training more transformative, it is likely that existing high-quality training programmes are already a strong net-positive for society. That’s an easy case to make if you value wellbeing, compassion and the quality of relationships as ends in and of themselves. But beyond these intrinsic arguments we can also build a compelling case that mindfulness is critical in meeting some of our most urgent problems.

That’s because the ability to choose where and how to pay attention grounds our agency. Far from galvanizing mass action, distress in the digital age is more frequently manipulated by ‘attention merchants’ who sell us myriad ways to distract and numb ourselves. Developing a greater awareness of these patterns through mindfulness, and strengthening the mental power to resist being pulled in all directions by corporations, isn’t just self-defence – it’s an act of emancipation. Thus liberated, more attention is available to analyse new or discordant information and stay alive to opportunities for more positive engagement.

As humanity’s ability to make an impact on the world gallops ahead of our capacity to make sense of it, mindfulness enables us to reorient attention towards our object of choice, and also to recruit more and different ways of perceiving. By fighting less with our present moment experience and cultivating openness, we are more able to tune in to what is really going on, resist bias and respond appropriately. As practitioners connect more deeply with the body as a source of insight, for example, non-conceptual ways of knowing offer a basis for discerning action that may be more aligned with what they value most.

Whilst reactivity has always been a feature in the exchange of ideas, the contemporary pressure to respond quickly and publicly to everything means that discourse is increasingly antagonistic and distorted. The development of ‘meta-cognitive awareness’ (the ability to recognise and be aware of one’s own mental processes) through mindfulness practice, and the emphasis on responding creatively rather than reacting impulsively, have important consequences for political polarisation and the productivity of public debate.

Taken together, these capacities of directing attention, making sense and relating constructively correlate strongly with what the polymath thought-leader Jordan Hall calls ‘sovereignty’ – our ability to “respond to the world rather than to be overwhelmed.”

We may choose to respond to the world by attempting to shape it justly and compassionately. And we may seek to manage our distress and increase our agency, discernment and self-understanding. To set these complementary actions at odds with each-other is a waste of time we do not have. After seven years of studying mindfulness training across many different sectors of society, I know that creating change is a whole lot messier than getting people onto the meditation cushion. But it’s also more complicated than insisting that social structures change above or before anything else.

We must consider both our context and our healing, our embeddedness and our sovereignty. Despite wearyingly frequent reports to the contrary, the field of mindfulness does not suffer from the delusion that training is a panacea. But it is an indispensable tool among the many we need to be equal to the extraordinary challenges of our time.

Manage Cookie Consent
To provide the best experiences, we use technologies like cookies to store and/or access device information. Consenting to these technologies will allow us to process data such as browsing behaviour or unique IDs on this site. Not consenting or withdrawing consent, may adversely affect certain features and functions.
Manage options Manage services Manage vendors Read more about these purposes
View preferences
{title} {title} {title}